Just over two months after TransLink’s Board of Directors and Council of Mayors approved the 10-year priorities for Transportation 2050, the transit authority announced it was beginning the design process for the Burnaby Mountain gondola line reaching the Simon Fraser University (SFU) campus.

Last week, through a request for proposals (RFP), TransLink initiated the tender process for a contractor to develop design concepts for a key element of the gondola – the transport hub multimodal transit at SkyTrain Production Way-University Station.

This “mobility hub” for an integrated station will allow passengers to transfer between SkyTrain’s Expo and Millennium lines, the lower gondola terminal and the existing bus interchange.

“TransLink has issued a Request for Proposals to find a consulting service to design the concept for the lower terminus of the Burnaby Mountain Gondola. Our goal is to ensure the design connects passengers seamlessly with the bus loop and SkyTrain Station,” a TransLink spokesperson told the Daily Hive Urbanized.

This design work will help complete the full business case for the gondola project, which is a necessary step to securing funding.

Driveway in the bus interchange under the office building at 3292 Production Way, next to the SkyTrain station. (Google Maps)

The existing bus interchange sits atop an office building built in 2007 and is expected to see much less use after the frequent #145 SFU/Production Way bus route is replaced with the gondola.

In 2019, Production Way-University Station was the 30th-busiest SkyTrain station based on the 1.86 million boardings recorded that year. This includes an average of 6,440 boardings on weekdays, 2,670 boardings on Saturdays and 1,870 boardings on Sundays and public holidays.

Some accessibility and capacity improvements might be warranted for Production Way-University Station, which currently has only six fare gates, and its platform is accessible only by an escalator, narrow staircase, and elevator.

Total transit ridership to SFU (gondola and bus combined) is estimated to reach 35,000 per day by 2035, up from 25,000 today. This increase is mainly attributed to the gondola.

The gondola will be a heavy-duty, high-speed, high-capacity gondola, much like the Peak to Peak Gondola at Whistler Blackcomb. Burnaby Mountain Gondola’s peak hour capacity will reach up to 3,100 passengers per hour per direction during peak hours, with each full-size cabin carrying up to approximately 30 passengers and frequencies running every minute or less. In contrast, bus No. 145 has a capacity of around 1,000 passengers per hour and runs every five minutes during peak periods. 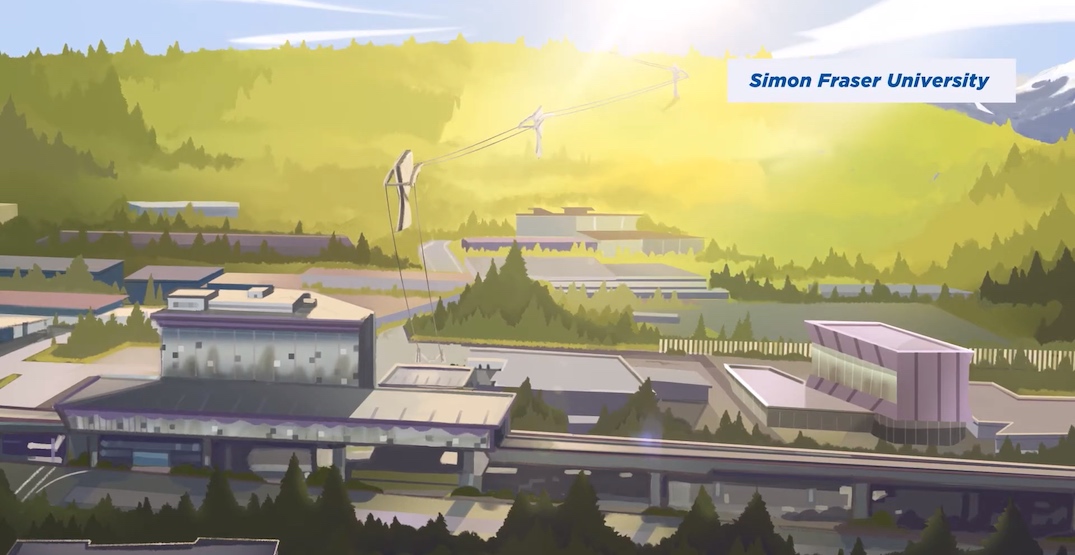 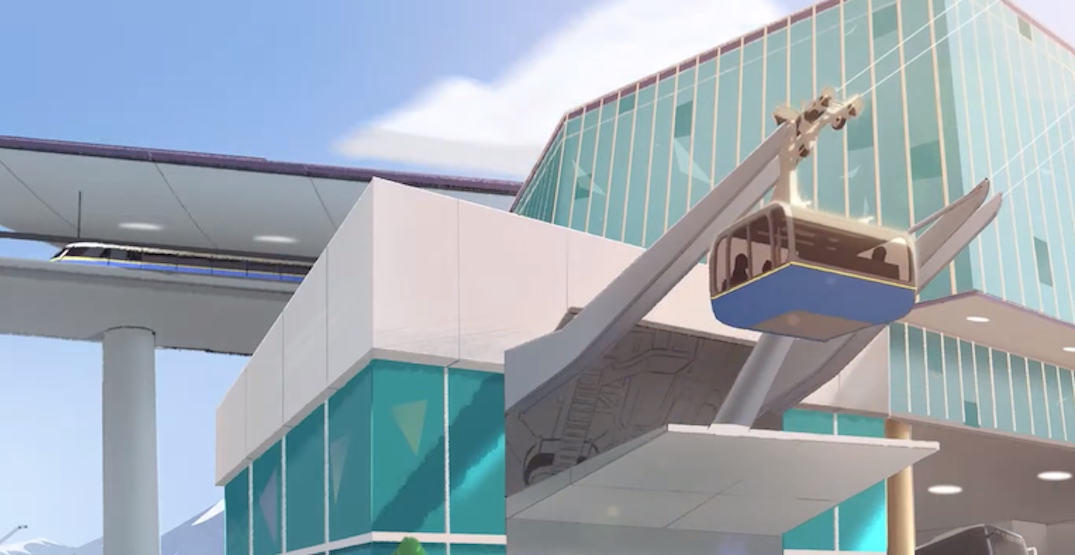 TransLink has yet to officially confirm the exact location of the lower terminus of the gondola, but it should be adjacent to or at least within walking distance of the SkyTrain station. Highly conceptual artistic renderings suggest that it could be built on the footprint of the access road northeast of the station.

A large four-acre warehouse lot is east of the station, and two smaller warehouse lots – 0.5 acre and one acre – are immediately north of the bus/office building interchange . The one-acre lot is home to Lamar Transit Advertising Canada, a close partner of TransLink.

TransLink says it was not behind the acquisition of two large properties west of the station. 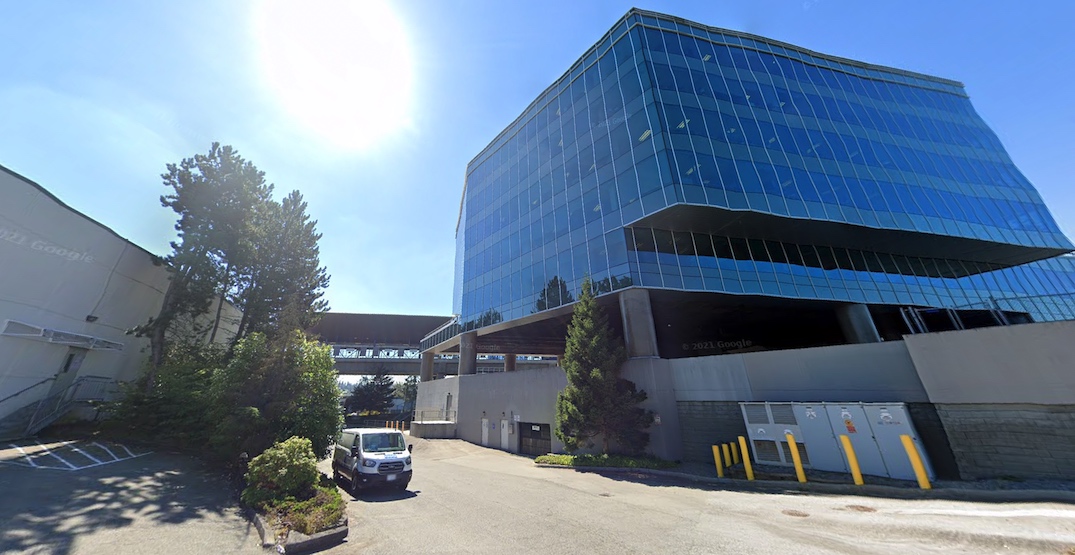 Access road on taste side of bus interchange and office building at 3292 Production Way. (Google Maps)

Of the three route options considered, the selected route has the fastest end-to-end travel time of six minutes, the highest ridership potential, the lowest estimated construction cost of $210 million dollars, the lowest annual operating cost of $5.6 million, and the lowest footprint and environmental impact.

TransLink’s approved 10-year priorities are estimated to result in a total cost of $21 billion. In addition to the gondola, priorities include nine new bus rapid transit (BRT) lines separated from traffic, doubling bus services on 2022 levels, and construction of the SkyTrain Millennium Line extension from Arbutus to campus. from the University of British Columbia. 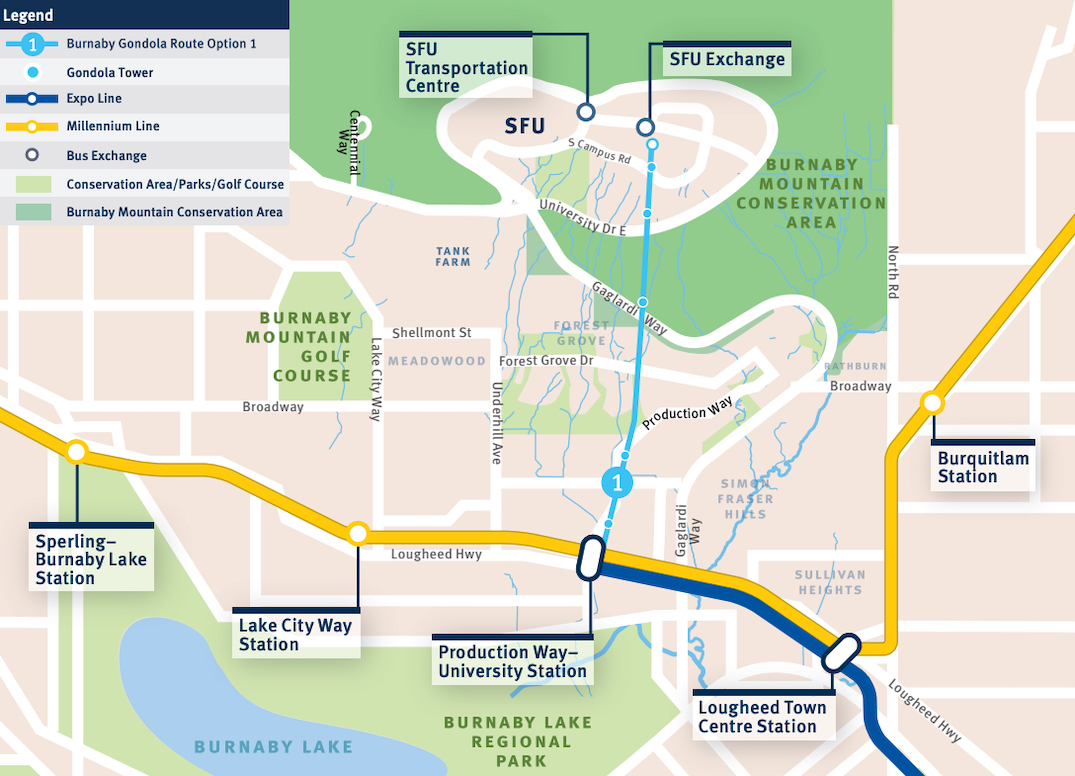 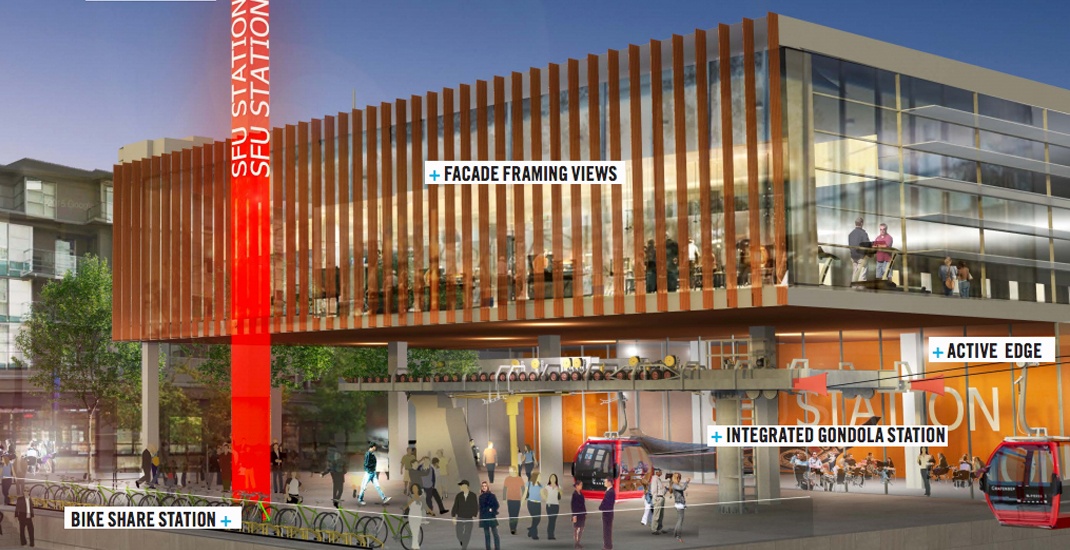